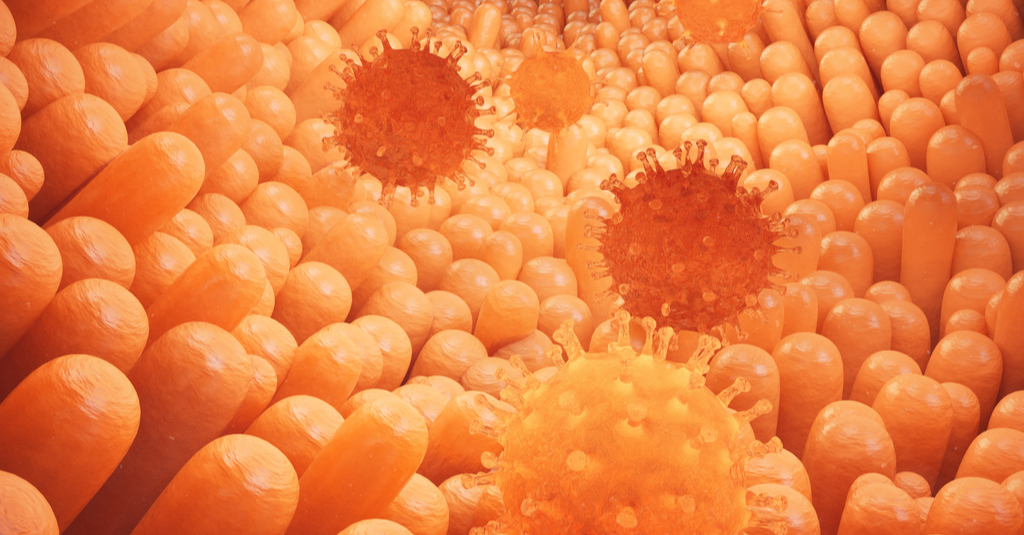 Sickle cell disease (SCD) is a group of inherited disorders caused by mutations in the hemoglobin gene. Hemoglobin is responsible for carrying oxygen to cells throughout the body. Mutations in the hemoglobin gene results in red blood cells with a characteristic crescent or sickle shape. These malformed red blood cells are rigid, no longer moving freely through blood vessels and are more likely to stick together causing obstructions in circulation, ischemic injury, inflammation, and pain known as vaso-occlusive episodes (VOEs). VOEs are a frequent cause of hospitalization in SCD patients and are triggered by psychological stress. The mechanism linking stress and sickle cell crises is not, however, well understood.

In their recent work, a group of researchers led by Dr. Paul Frenette at the Albert Einstein College of Medicine establish the gut microbiome as a critical link between psychological stress and VOEs in SCD using a mouse SCD model. They began their work by demonstrating that psychological stress caused by physical restraint exacerbates the severity VOEs in SCD mice. The authors found that mice depleted of gut bacteria with antibiotics experience reduced severity of VOEs compared to mice with intact microbiota, indicating that the gut microbiome plays an important role in stress-induced sickle cell crises.

Following exposure to psychological stress, the brain releases glucocorticoid hormones. Although typically thought of as anti-inflammatory, Frenette and his team found glucocorticoids promote VOEs in SCD mice by increasing gut permeability. This increased permeability allows for interaction between segmented filamentous bacteria, a commensal bacterium present in the mouse gut and T helper 17 cells. The T helper 17 cells secrete a proinflammatory cytokine, interleukin 17A (IL-17A). IL-17A promotes aging of neutrophils (a type of white blood cell). Expansion of aged neutrophils has been previously shown by Dr. Frenette’s group to mediate VOEs. This pathway is the same in both SCD mice and healthy control mice, but only results in lethal VOEs in mice with abnormal red blood cells.

Demonstrating the translational implications of this work, the authors illustrate several ways by which stress-induced VOEs can be reduced in the SCD mouse model. These include inhibiting the synthesis of glucocorticoids, treatment with antibiotics to eliminate segmented filamentous bacteria and blocking IL-17A, the inflammatory cytokine responsible for neutrophil ageing. To test IL-17A as a therapeutic target, the authors treated SCD mice with Bio X Cell’s anti-IL-17A neutralizing antibody (Clone 17F3). Anti-IL-17A treatment resulted in decreased leukocyte adhesion, improved blood flow, and longer survival times after VOEs, suggesting that targeting IL-17A could be an effective strategy for the prevention of stress-induced VOEs.

These results illuminate the connection between psychological stress, the gut microbiome, and VOEs in SCD as well as showcase opportunities to target this pathway for therapeutic benefit. This work may also have implications in other diseases where stress is known to worsen symptoms such as cardiovascular and autoimmune diseases.

Read the article in Immunity.