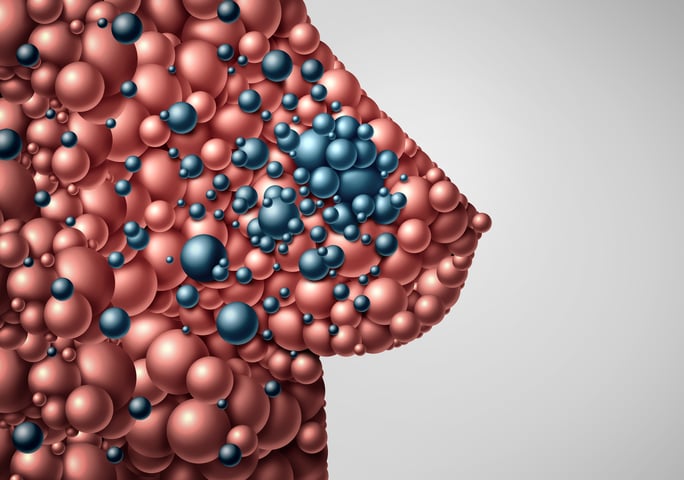 Breast cancer deaths are often the result of metastasis to distant organs including the lungs. Overcoming inhibitory mechanisms and establishing growth in new microenvironments is critical to the metastatic process. Using anti-mouse IL-1b (clone B122) and anti-mouse IL-6 (clone MP5-20F3) antibodies from Bio X Cell, researchers have described a role for the tumor-secreted protease, cathepsin C (CTSC) in helping breast cancer cells use neutrophils to colonize the lungs.

The researchers, led by Dr. Guohong Hu at the Shanghai Institute of Nutrition and Health, began their investigation by looking at proteins secreted from breast cancer cell lines with varying metastatic potential. They found that cell lines with the ability to metastasize to the lung secrete cathepsin C (CTSC), a cysteine protease best known for its function in the lysosomes of immune cells. They also observed that lung metastases express more CTSC than primary breast tumors from the same patient. Over expression of CTSC resulted in more lung metastasis in mouse models, while knockdown of CTSC resulted in decreased lung colonization and longer metastasis-free survival. Over expression and knockdown experiments also revealed that CTSC promotes proliferation of cancer cells early in metastasis at the seeding stage.

The team next turned their attention to understanding how CTSC regulates lung metastasis. They observed neutrophil infiltration at the early stages of metastasis and demonstrated that tumor seeding is dependent on the presence of these neutrophils. CTSC also promotes the formation of neutrophil extracellular traps (NETs). NETs are comprised of a chromatin scaffold and proteins, including proteases and antimicrobial peptides. These web-like structures function to trap and destroy pathogens but have also been shown to play a role in promoting metastasis. The researchers showed that CTSC activates proteinase 3, a protein bound to neutrophils. Utilizing Bio X Cell’s anti-IL-1b and anti-IL-6 antibodies, they demonstrated that proteinase 3 activation results in increased IL-1b secretion, nuclear factor kB activation, and release of IL-6 as well as C-C motif chemokine ligand 3 which serve as chemoattractants to recruit neutrophils to newly established lung metastases.

This work has clear translational potential. Inhibiting the process of CTCS-induced NET formation could foil breast cancer cells and prevent them from establishing lung metastases. Indeed, mice treated with a CTCS inhibitor (AZD7986) formed less NETs and had fewer lung metastases and improved survival. These findings set the stage for future research and potential treatments to prevent deadly lung metastasis in breast cancer.

The following Bio X Cell antibodies were featured in this publication: